With the new TerraMaster T6-423, the Chinese house has decided to turn the page with a new operating system that represents a decisive step forward and a new look that permeates the entire small business line and which we hope will also reach the consumer.
In short, a decisive change that maintains the excellent price-performance ratio typical of the brand.

In the NAS market, TerraMaster is a company that we can define as an “outsider”, that is, a name among the most probable that, however, can suddenly undermine others.

The brand has grown a lot in recent years, both from a software and hardware point of view, always showing an impressive build quality, which, together with the TerraMaster T6-423, adds a new, more interesting look.

Separating from previously reviewed models, such as the TerraMaster F2-422 or TerraMaster F2-210, which, albeit in a different price and operating range, offered a more spartan appearance, are quite large and here you can breathe certainly more ambitious air.

inside the car body

The box is a bit anonymous, we admit, but inside, in addition to the actual NAS, there is a series of useful accessories and shouldn’t be taken for granted.

It starts with an external power supply, the dimensions are significant, an Ethernet cable, two internal screw bags and a relative screwdriver (TerraMaster is the only brand that gets it in by default) and a pair of vibration feet, which we’ll be back soon.

This is achieved entirely in metal, apart from some black plastic inserts on the front, where the logo is placed on each sled.

There are no USB ports on the front (unfortunate) but on the back there are two (USB-A 3.0 Gen2) ports as well as two Ethernet (RJ-45 2.5GbE) ports, one HDMI port, and two large cooling fans.

Temperature management has been taken very seriously, to the point that there are air vents on both the top and the bottom: the top, by simply unscrewing two small screws near the fans, the hooks are easily unscrewed by opening the additional RAM and NVME meter cabinets With M.2 connectors, which thus remain protected when in use.

The gem should be noted: the NAS can be placed both horizontally and vertically, without problems (since the logo appears in both directions). Four feet of silicone rubber were attached to the support and to reduce the vibration of the 3.5″ discs, but another four feet remain inside the box to fit in the wide part, if we put the NAS horizontally.

After opening the top and inserting the NVMe SSD, we shut down the NAS and devoted ourselves to loading discs onto the front skis.

These six open via a front hook, right next to the brand and once extracted, the slide allows the discs to be mounted using the provided screws, split by mechanical discs or SSDs.

Slides show a front LED to indicate which is active and which is empty: There are no front covers, and the slides are visible, which is normal for a product designed specifically for the office.

The total amount supported by the 6-sled model subject in this test (but there are two others with 9 and 12 skates) is 120 TB, which corresponds to 6 drives of 20 TB each (like this one) but the NAS supports even mixed load, as In our case, for mechanical disks and hard disks.

Once done, we put the NAS online and defined it through the MyNet app and through Safari we proceeded with the actual configuration, which is very simple and even those who fast on concepts can get to the end of the process, albeit its foundation RAID theories must be in place, at least for a better choice destination.

It is clear in this case that NAS allows the use of different RAID methods for creating disks, including the interesting TRAID, a proprietary TerraMaster system, similar to RAID 5 but less demanding in redundancy.

The new TOS 5 (5.0.171 during the review) is a decisive step forward compared to the past, both from the point of view of the interface and usability, it is now closer to the competition, as well as in terms of the number of services offered, although the gap for those at the second tier does not still existing.

In addition to sharing internal data and management services from the operating system, the App Store has many interesting services.

Among all of these, we mention the possibility to create custom VPNs, a web server, manage synchronization of various cloud services such as GoogleDrive, OneDrive, Dropbox etc., manage cameras synchronized across the network, backups and even the multimedia part offered by Terra Photo App and from the version My demo from Plex which, however, worked really well for us.

Someone will notice that the Transmission client is missing, and hopefully with the latest update it will also reach this type of NAS, because even if not necessary, it can be a valid choice for those with limited bandwidth.

During operation, we were able to note the special quietness of the solution, the clear delicate interior of which favored air circulation without burdening the two rear fans, which operate but always at low speeds.

Intel Celeron N5105/5095 Quad-Core 2.0GHz 64-bit internal processor feels quite at home for typical tasks of a machine like this, with 4GB of RAM but should help it (at least) another 4GB bank of installation next to M.2 SSDs , up to expected 32 GB with maximum operating capacity (2 x 16 GB).

For this aspect, a lot depends on the main use of the NAS: for simple data storage and simultaneous use of multiple shares, even a few modules, 4 GB is more than enough, while more is definitely needed if the number of users increases or if you start using important services, starting From Plex to Virtualization.

The possibilities are many, from integrated hardware encoding to virtualization capability (but not overly, it’s better on Linux than on Windows).

The access part is controversial: cloud access has been improved and made easier, to the point that configuration is now automatic, and is added to the VPN available via the app.

Instead, the part about the phone app should be reviewed: the app is there but it needs to be searched (this is the link for the iPhone, nothing appears in the App Store when searching for TerraMaster) and in our case it ran into several issues during the access phase. Much better than Mac and Windows PC browsers.

It seems that the new TerraMaster T6-423 clearly deviates from the previous proposals of the Chinese house, significantly raising the capabilities of a product that is no longer focused primarily on storage, but begins in the range for various services, related to multimedia and general office productivity.

The great building category, which has always characterized this brand, is now more aggressively facing a market that is finally seeing a new player, who certainly has room for improvement across the program, and who shows they can compete for the position at the moment. The office, more than the office at home. 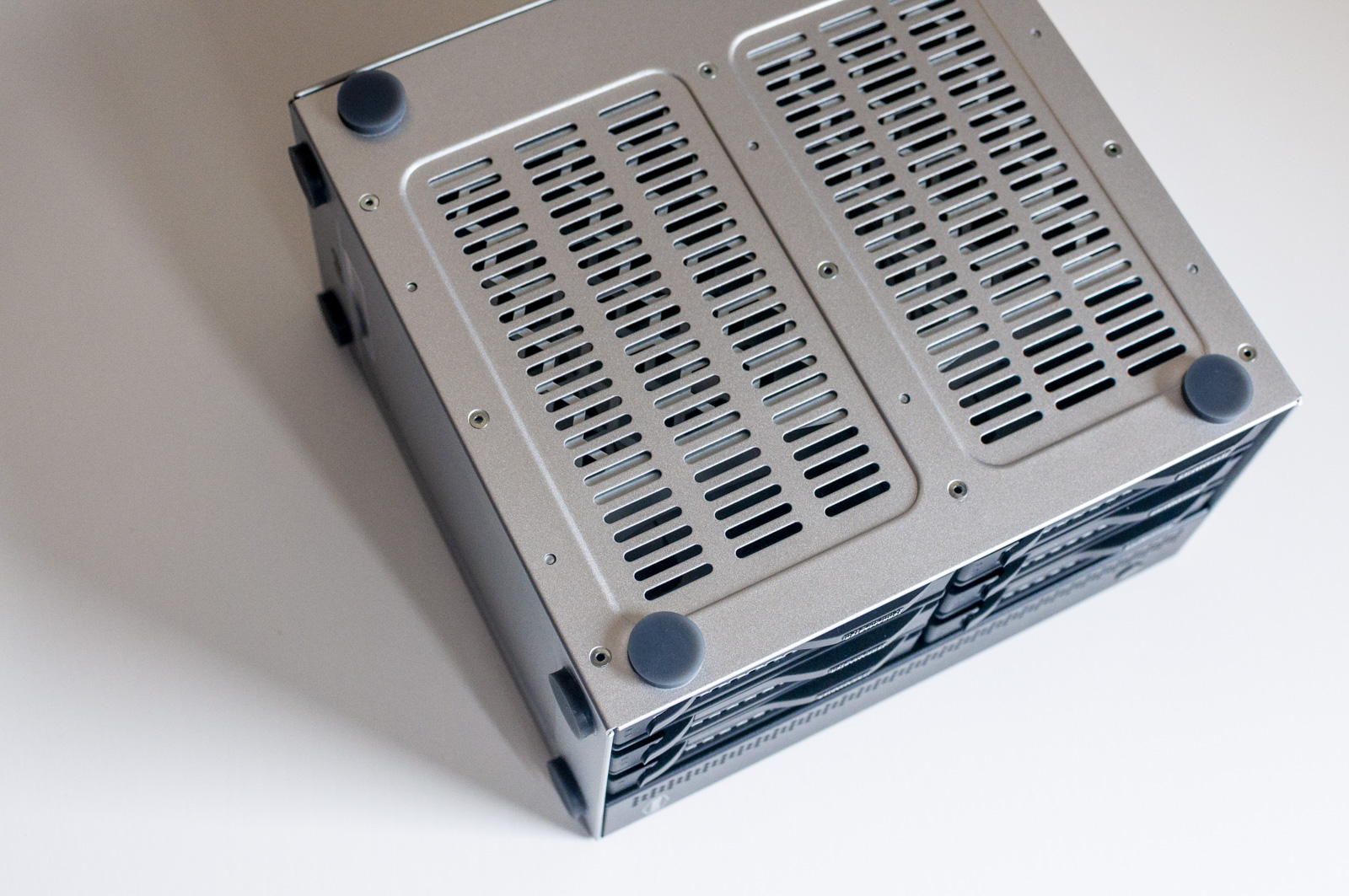 TerraMaster T6-423 is available from the parent company’s website, in 6, 9 or 12-disc configurations but you can also find them more easily on Amazon.it.

Bluetooth Headset to the Beat of Music: Exclusive Bomb (-20%)

It costs only 54 euros for Black Friday