Stage Manager still had many issues before iPadOS 16

Apple is about to release iPadOS 16 to the public later this month, but users are still facing many issues with the new Stage Manager feature, which is one of the major new features in the latest update. Here any of them.

In the latest beta build of iPadOS 16 released earlier this week, developer Steve Troughton-Smith highlighted several user interface issues that you still encounter from time to time while using Stage Manager, including a disappearing dock when rotating iPad, and content that fails to scale properly.

In August, criticism of Apple appeared Approaching He was “basically misled” to the stage manager. The feature was improved in the following weeks, but it’s clear from the latest beta that many issues remain even as the release of iPadOS 16 approaches.

Remember, Stage Manager allows users to open up to four apps in nested windows on the iPad screen for an enhanced multitasking experience. A modified version of Stage Manager is also available on macOS Ventura to keep windows front and center and to be able to switch between other windows on the side. 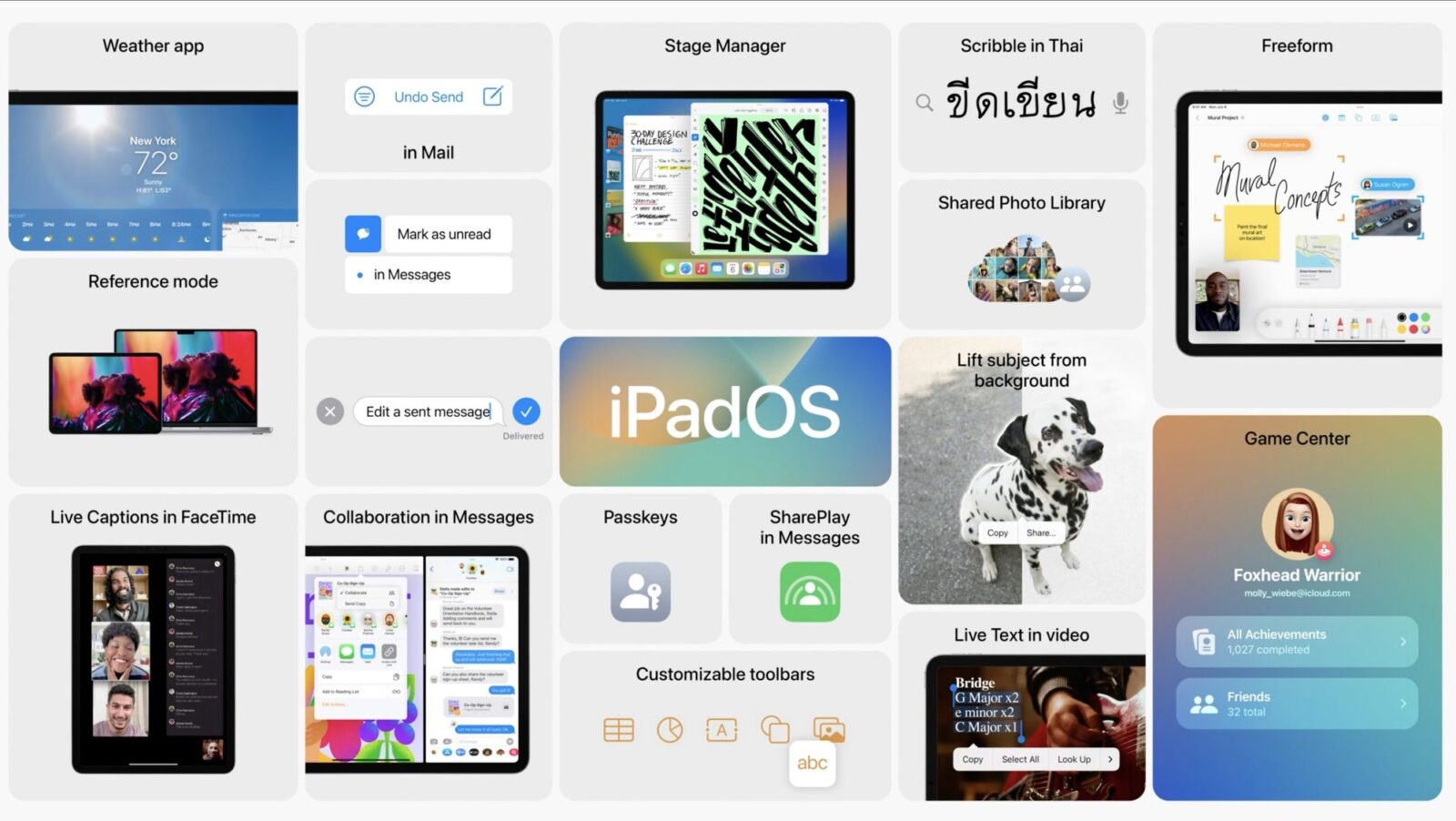 Apple has confirmed that iPadOS 16 will be released in October, but has not announced a specific day. The software update will be directly called iPadOS 16.1, and will likely be released alongside iOS 16.1 for iPhones, as the updates share the same version number.

For all the news about iOS 16, iPadOS 16 and watchOS 9, please click on the respective links. Finally, remember that iOS 16 was announced at WWDC 2022 on June 6 along with other software and hardware news that you can find summarized in this article.