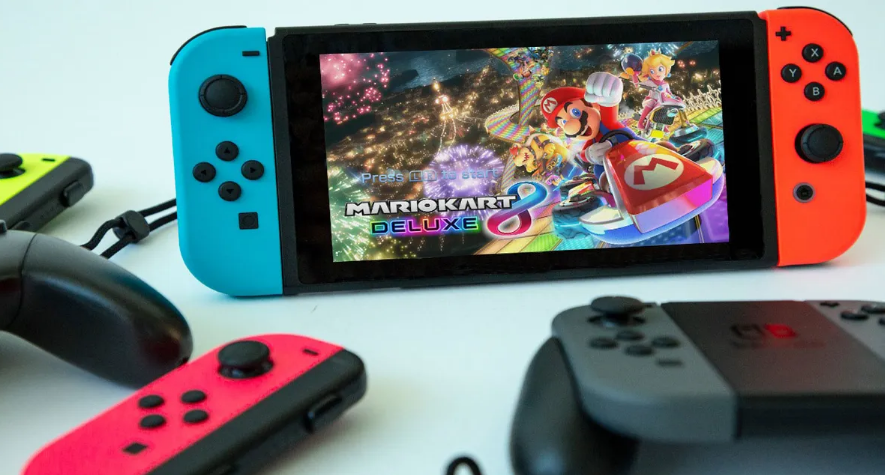 Nintendo’s Switch might not have confused variations like the Xbox X/S or PlayStation 5 from physical media and digital media, but it’s still enough to leave casual consumers scratching their heads. Fortunately, we’ve summarized what you need to know about the different versions of the Switch.

I wish I could say that the standard version of the switch is quite simple, but the truth is a little more complicated. You see, shortly after the original Switch came out, Nintendo quietly released another Switch with a small incremental update, usually referred to as V2.

So what’s the difference? Well not much actually

It has slightly better battery performance due to a more efficient processor. As for the best performance, it adds another hour of battery life before needing a recharge, bringing it to around 4.5 hours minimum usage.

The V2’s screen is also a little brighter than the V1.

So it’s not a significant upgrade, but if you’re going to buy a standard Switch, definitely aim for V2.

How to recognize or identify a Switch V2?

Well, on the bright side, V1s are almost entirely gone from the market at this point, so you’re probably getting a V2.

That said, some are still out there, so you’ll want to look for two things: the box has an all-red background rather than red and gray, and secondly, you want to check if the serial numbers start with XKW.

Also, sometimes online retailers don’t write the serial numbers or just show the wrong image for the actual product you receive (gray background instead of red). In that case, you can look at the product number, which usually starts with HAD for Switch v2.

So the first real upgrade to the Nintendo key is the OLED edition, and as you might have guessed, it comes with an OLED screen.

In addition to having better overall image quality, the screen itself is also larger, going up to 7 inches compared to the 6.2 inches of the previous switch set.

As such, a lot of the bezel that used to be on the Switch is gone, and the overall size of the Switch is actually a little bigger. So that means if you already have something like a Switch V2 case, you’ll have to get a new one to fit the larger OLED.

Aside from the new screen, the rest of the changes are just visual design only, like a minor change to the volume buttons, the addition of an Ethernet port for the dock, and just a more elegant feel overall.

Unfortunately, there’s no update to the specs inside, except for the storage going from 32GB to 64GB. That said, you’re getting the same battery life from it as previous versions, which is pretty impressive given the much better display.

Another slightly more significant change is that the rear foot is now much more prominent, spanning the entire console. This not only makes it more robust, but it generally looks better too. You can also set it to different angles if you like, which the old foot couldn’t do.

The Switch Lite is essentially a less powerful version of the original Switch.

That means it has a smaller 5.5-inch screen (not OLED of course), shorter battery life to around 3-7 hours, and lack of the dock. Likewise, there are no Joy Cons or controllers you can unplug, but the whole thing is just a single-body handheld console. So that means if you’re looking for a console you can play with friends , the Switch Lite isn’t an option.

That said, while this all sounds like I’m badmouthing the Lite, the truth is that it’s considerably cheaper than the OLED and standard models. It’s also a great handheld console for solo play, and if you’re not planning on using it with family or friends, the lack of a dock and Joy Cons isn’t an issue.

Age of Empires Mobile, the king of real-time strategy for iPhone and Android, has been announced

10 Essential Accessories for the Nintendo Switch