As a simple and sophisticated design object, the new Lexon Mina L Audio desk or bedside lamp offers unexpected personalization and respectable acoustic performance.
But let’s go in order and let’s examine it from the very beginning.

The box is indeed a great find, because even when closed we can open the front cover and see the lamp inside, a detail that will surely make retailers happy.

As soon as you open the box, the first strange surprise appears: there is no power cable even though there is a USB-C connector in the base. Certainly not a drama, because now there are many USB-A / USB-C or USB-C / USB-C cables in every home (and if so, the cable costs very few euros), but here comes the first novelty, looking Better in the details shown in the accompanying booklet (but also written on the parent company’s website) is that the lamp is also recharged by induction, like the iPhone.

To recharge it, we tried both the Lexon Powersound and the SanDisk Ixpand Wireless Charger 15W which proved perfect at the task because the base aligns almost exactly with the base of the Lexon Mina L Audio, the largest Mina model on the site.

Although the model we tested is the largest in the series, the dimensions are still small, at 17.8 x 14cm for around 320g of weight. The good news is that the lamp is IPX4 certified, which means it won’t suffer small jets of water, splashes, or dust from any angle.

The lamp is built with an aluminum base, in which there is a series of small flowers in the area below that favors the sound output (not present in the versions without speakers).

The bottom is offered in six different colors: Ali Polly (whose photos you see on these pages), dark red, gunmetal, navy blue, orange and soft gold. In all cases, the top is made of white plastic, which also serves as a large button for turning on, off and changing color.

To tell the truth, this kind of interaction left us baffled: in the sense that it works well, but we didn’t quite understand how to give on/off inputs or change color, often by trial and error. We would have liked an extra switch or a more visible differential between the inputs to control everything more securely.

There is a second button below the flashlight, almost hidden and only used to pair the flashlight with a device via Bluetooth (operation that must be done in settings since there is no support app).

Audio over Bluetooth, though, is not for everyone

Turning on the Lexon Mina L Audio is quite basic: once charged (about three hours for a full charge), the bottom button is used to activate the pairing phase with a device and it pairs with a Bluetooth device, which will be recognized all the time it is turned on, unless you change it: in our tests there are no Problems with iPhone, while our Mac mini 2019 is paired but cannot be seen as an audio source.

Once the device is paired, the internal speaker carries all audio and music alerts as well as voice alerts for messages: the sound is 360 degrees and the response is good, louder than expected from such a small device.

Despite being compact, the feeling is that the 360-degree sound compensates for some tones, such as bass and mids, that need a larger woofer, resulting in a musical response suitable for the type of use, which according to the writer is from the background music.

We could not understand the technical specifications of the speaker, which is not indicated on the site, but we can say that it can still work as a speaker in a small room, since it served the writer as a desk companion along with a Mac (but connected to an iPhone) and as an accessory on the bedside table. Side for reading in the evening.

Battery life is good, too: the company promises 24 hours of full playback with 75% brightness at an ambient temperature of 22°C indoors, which means it can do three straight days of audio when used during business hours, features with lighting, or even periods longer, with the lamp off.

To save energy, after a few minutes of inactivity, the amplifier itself turns off, while the lamp does not have this aspiration and remains lit until the user logs in or until there is power left. A small LED at the base, near the connector, provides basic battery and pairing information.

Designed by the Italians Manuela Simonelli and Andrea Quaglio, just like the Lexon Oblio, it cannot be denied that both the Lexon Mina L Audio and all the other smaller versions are first and foremost a design object to be placed in the living room, bedroom or above a desk for those who want upscale look.

The shapes are somewhat reminiscent of the pioneering design of the mid-1970s, but the technology inside harkens back to this decade, as does the richness of some solutions, such as the color change in the lamp or the aluminum used for the base part.

A speaker can be useful, but it’s certainly not the main reason to buy, since even on models that don’t have this, the charm remains unchanged for what is certainly an effective gift on a totally accessible budget. 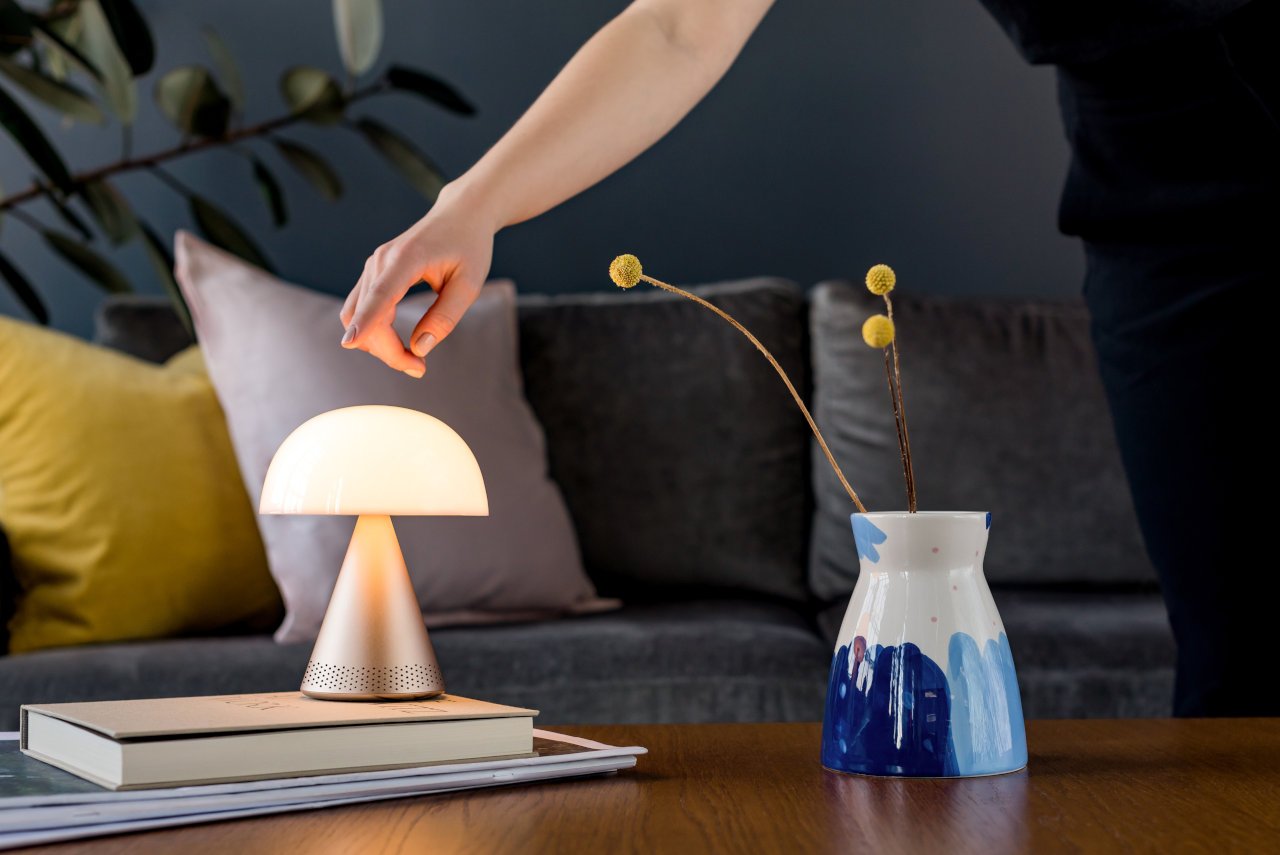 Only 28 euros on Black Friday

Behind this breathtaking €36 smartwatch is Xiaomi (and it shows)

Learn how to get an extra 10% off eBay