Is Amazon Alexa Worth It? Price and how to choose!

Smart speakers are one of the most immersive ways to embrace the potential of the smart home, allowing you to use voice commands to get answers to questions, access your favorite services and control other smart products.

Amazon’s Echo devices introduced Alexa to the world, and our comprehensive guide will help you tap into Alexa’s infinite potential to help and entertain by choosing the right device. 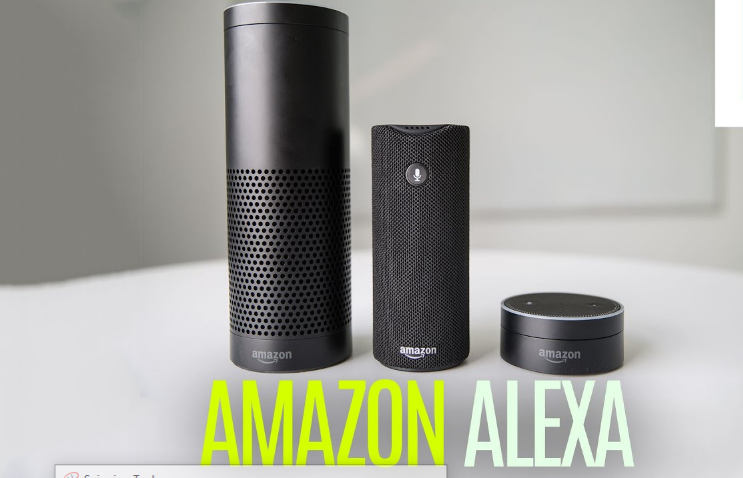 Buy Alexa from Amazon: which version?

Amazon Echo Dot, with or without watch

Prices vary, but one important thing to keep in mind is that, like most Amazon products, there are discounts to get throughout the year.

Major Promotion periods like Amazon’s Prime Day and Black Friday are all but guaranteed, but if you’re not in a rush to shop, keep your eyes peeled for deals that can be close to half the original price.

The better-performing Apple M2 will be built into new Macs

For now, this is the cheapest Amazon Echo device you can get. It goes with the basics and looks great on a bedside table or a shelf in the living room.

If you’re a shopper on a budget who isn’t dejected by low-heavy audio or a touchscreen display, the Echo Dot is a good place to start.

We like: good sound, easy to set up, responsive voice control

The Echo Dot has had some renovations over the years, with different versions in the shape of a donut, ball, and more.

There are physical buttons that let you control the volume and mute the mic when you want to send Alexa to sleep. A 3.5mm audio output socket on the back of this Echo lets you connect the speaker to a second, larger speaker. This Amazon mini speaker is available in different colors.

It’s also the cheapest Echo device to get.

Amazon Echo – a mix of voice and music

If you like the Echo’s size, but want a little more power in the audio department, then the Echo will get the job done.

We don’t like: Can’t play your own music over Wi-Fi

Like the Echo Dot, there are different cylindrical and round-shaped versions.

Compared to its predecessors, this model has a more powerful maximum volume and now has an integrated smart home hub. This means you have full control over compatible smart home devices that you may have set up already, including smart light bulbs.

You will pay a little more, but it will be worth every penny for what it delivers.

Compared to the Echo and Echo Dot , Amazon’s Echo Studio packs more of a punch in terms of audio power. This model might tempt you if you are looking for a smart speaker that is powerful enough to provide the backing track at a party.

We like: lots of features, cheaper than some rivals, built-in system to control smart devices

The Amazon Echo Studio is a high-spec smart speaker that hides five separate speaker drivers behind its fabric exterior. It has a smart hub built in, which means you won’t need to invest in a separate hub if you plan on controlling certain smart products.

Amazon clearly built this Alexa speaker with audiophiles in mind, adding support for streaming music services (standard and high definition versions) including Spotify, Apple Music, and Deezer. If you have two Echo studios, you can stop them together and enjoy a stereo setup. You also get a standard 3.5mm input socket that supports mini optical input cables.

It is Amazon’s most expensive sound device.

Amazon has devices with a display, which may better suit certain families.

The Echo Show supports the same basic voice commands that other members of the Alexa family do. But with the added bonus of a screen, Echo’s display devices have the potential to be even more useful. Parents can use their Echo show as a baby monitor, for example, while Keen Cooks can have an Echo show in the kitchen and follow on-screen recipes.

We don’t like it: small screen on this model can be cumbersome to use for some

All models feature a touchscreen display that lets you interact with the smart dotted products in your home. There are built-in speakers so you can chat with Alexa, along with physical controls that let you control the volume or mute your volatile assistant.

It costs more than Echo devices.

To add a new Alexa product to your home network, or to view all your smart home devices that run on Alexa, you can open the Alexa Smartphone app. The Alexa App acts as a home for reminders you’ve created using voice commands. It also doubles as a controller so you can turn off the lights without leaving the couch or looking at a live feed from your wireless security camera.

When purchasing new additions to your smart setup, look for “Alexa Brand Compatible”. Some internet-enabled products will only work with Siri or Apple’s Google Assistant, although most support more than one AI helper.

Which Amazon Alexa Device to Choose?

Echo Dot devices are best used as satellites, that is, devices to spread around the house in different rooms, controlling other Alexa-compatible electronics.

Echo devices are best for outdoors or larger environments, as the sound fills the room well. It can also be used to replace your sound system.

Echo Show devices are good as small entertainment and information centers. Ideal for workspaces such as kitchens and offices.

Compatible devices from different brands may also suit your needs, but we recommend that you start with Amazon devices to avoid problems.

At this price, it should be taken now

How to hide an app on iPhone

50% discount on the thermometer from Xiaomi