At first glance, right out of the box and into its new white shell, it looks almost the same as the Surface Pro, with a rear kickstand that opens like a compass and a “lax” keyboard for you to fold in both directions.

But it takes a few seconds: Just power up your new 10th-generation iPad with the Magic Keyboard Folio, Apple’s new original keyboard, and transfer data from a previous iPad. Half an hour later, we are ready to go with everything we need and more. In fact, the new Magic Keyboard Folio has 14 new function keys, a consistent and incredibly accurate one-millimeter key travel, and a trackpad equal in size to that of the more expensive iPad Pro 12.9 M2 keyboard (which we tested in this article).

Below, you’ll find an unboxing gallery with many details of the new 2022 iPad

In an ideal world, the keyboard of the 10th generation iPad, which now features a square design like all other iPads, no home button and a 10.9-inch screen instead of 10.2, would always be compatible with many devices. But no, the €299 keyboard only works with this iPad. However, it is fortunate that it is available, because it is very different from what we are used to.

The addition of the row of function keys, which are primarily used as media keys (the same on desktop or laptop computer keyboards), adds a noticeable level of depth. 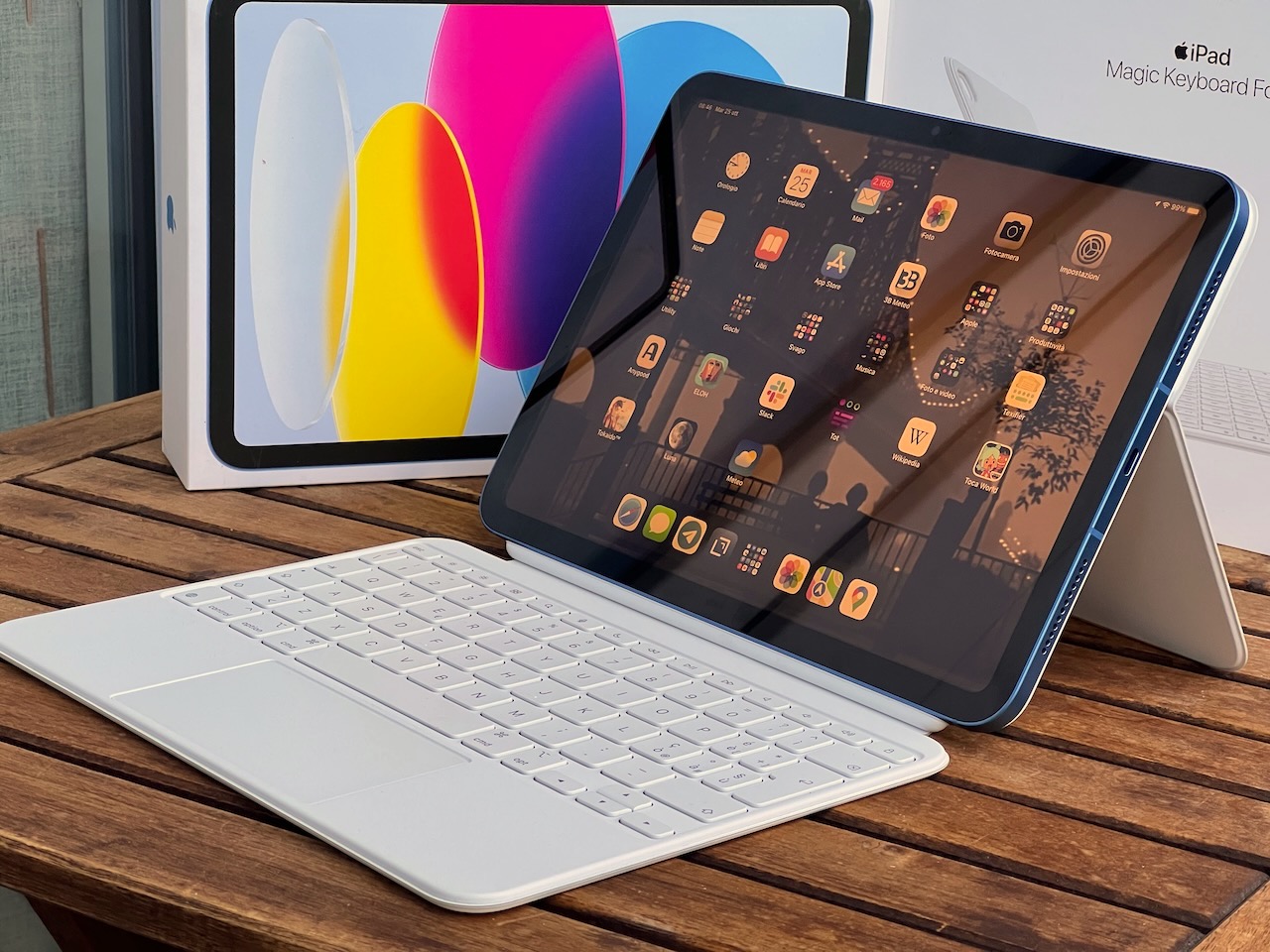 We have used the keyboard to type various texts including this one and we know that it is a well-made keyboard. The crop factor, about 60% of the full keyboard, hits the rightmost keys (accented letters) and some keys on the left, but the usability is still very high and in any case the basics are there. Including, thankfully, the inverted T-shaped arrow keys, with an empty space serving as a guide for the hand.

Below is a gallery of photos of the 2022 iPad with the new keyboard.

Needless to say, the keyboard is connected via the usual three columns, which are again on the long side of the frame and no longer lag, as we are used to on iPad Pros of recent generations due to the particular shape of their support. That folds into a solid (and very heavy) keyboard with trackpad and tilting back support. 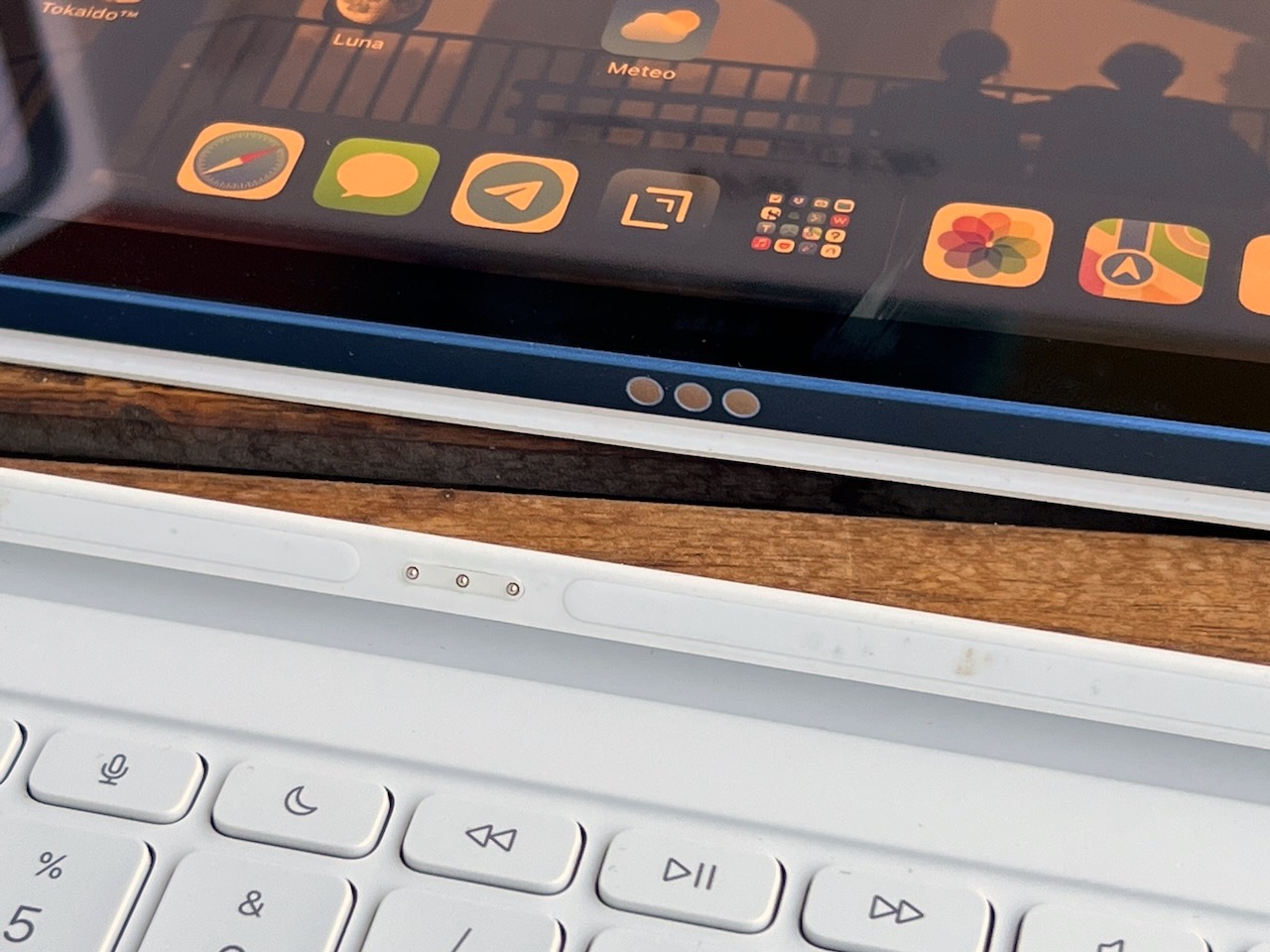 Here instead the choice is much simpler and more sensible and even if it looks a lot like the Surface Pro as we said it is in fact completely reversible and convertible by third parties thanks to the fact that in fact all the front and back protection and support are simply magnetic and therefore Removable. 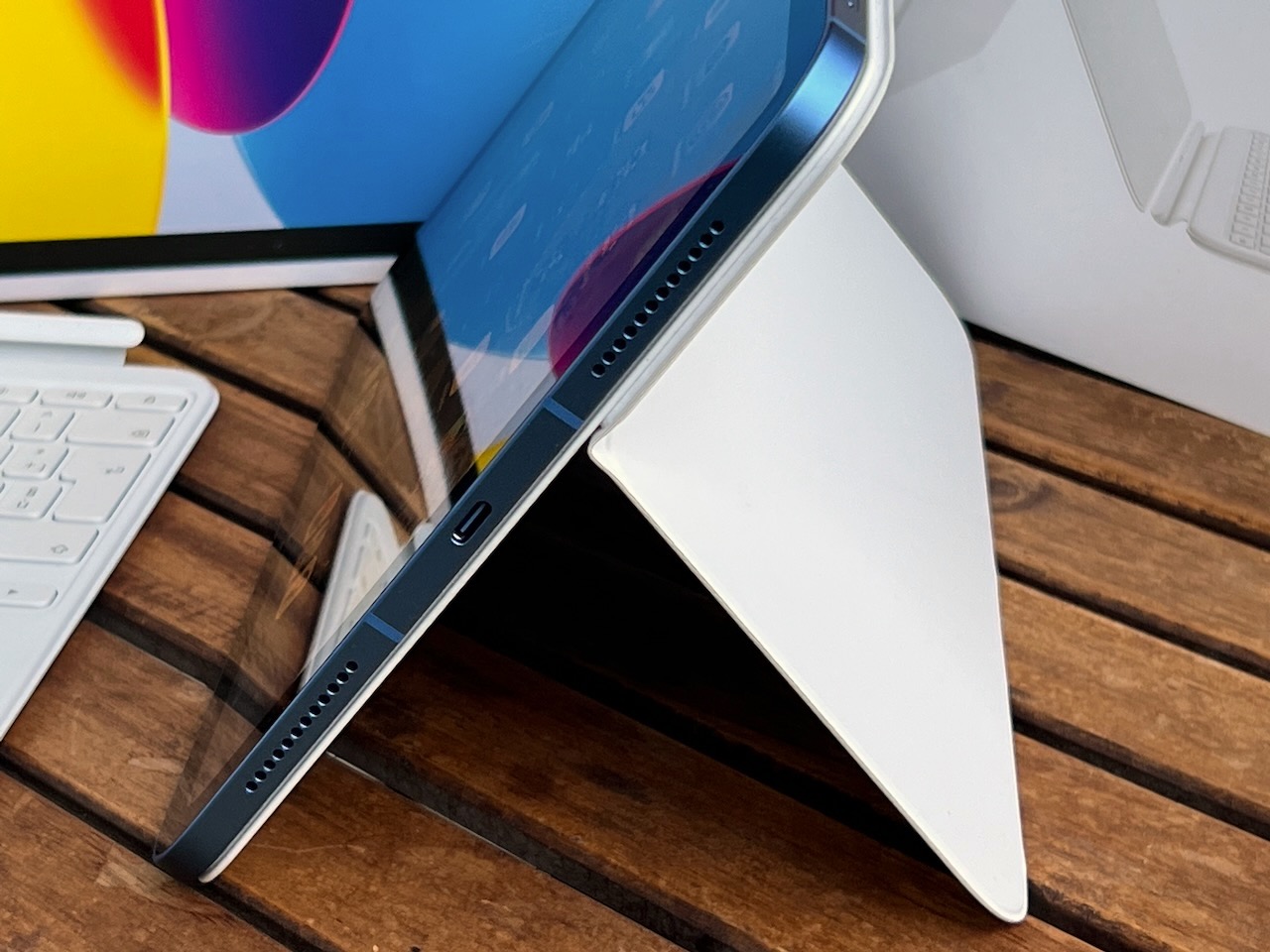 The “mini” (but there’s also a Mini, let’s not forget that) is an iPad that doesn’t have pretensions to excessive power. However, it is still less than that of the ninth generation with the previous processor. This new iPad X Gen has iPhone processor from 2 years ago, A 14 Bionic, which works perfectly even today with CPU with 6 power cores and 4 efficiency cores, GPU with 4 cores and Neural Engine with 16 cores.

Moreover, apart from a battery that guarantees ten hours of playback and a USB-C socket, the Apple tablet has a 12-megapixel front and rear camera, a front finally on the long side of the computer, optional 5G connectivity, a fingerprint sensor, 64 memory or 256 GB Compatibility (depending on adapter) with 1st generation Apple Pencil 10.9-inch (diagonal) LED-backlit multi-touch display with IPS technology, 2360 x 1640 pixels at 264 ppi, 500 nits max SDR brightness. 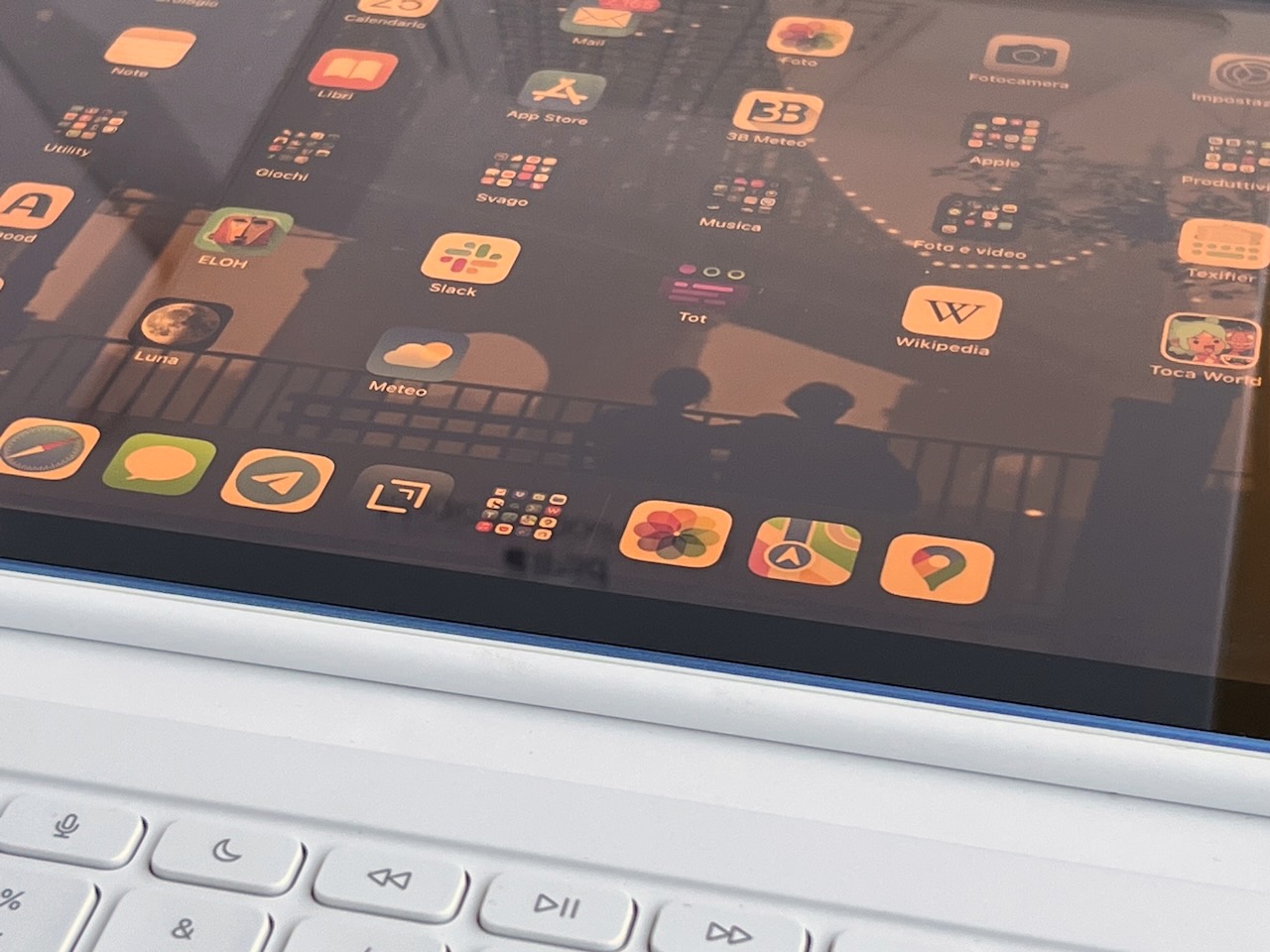 This tablet immediately gives us great relief. It has to be taken for what it is: a city car, but a small car with full options. The webcam’s long-lasting convertibility and impressive battery life are perfect for remote teaching or end-of-office meetings, while the compatibility with Apple’s first-generation Pencil is in our opinion also due to the fact that the space is just below where it should be reloaded, ie the top side. The tall one is occupied with the webcam and there is no physical space to insert it.

It also features Touch ID on the side button. It comes in bright colors: yellow, pink and blue, as well as plain silver. It’s very similar to the fifth-generation iPad Air that debuted in March of this year, with one important difference: webcam placement and Apple Pencil 1 compatibility.

In our opinion, the transition of this too, like all other full-screen iPads without a Home button, would also have to include the transition from the Apple Pencil 1 to v2. We’re kidding ourselves with the new keyboard and stand, which are both very reliable and incredibly useful. Special with variable function keys.

Be careful if you have experience with the iPad Pro’s built-in keyboard support, as this does not close out since the compass hole is released from the keyboard. Moreover, the keyboard, with the possibility of closing it even in an inverted way (to protect the keys if the tablet is placed on a table or other surfaces) actually makes it a little “mobile” and imprecise, that is, eccentric, in traditional closures. Not bad, just pay attention to it for a moment. 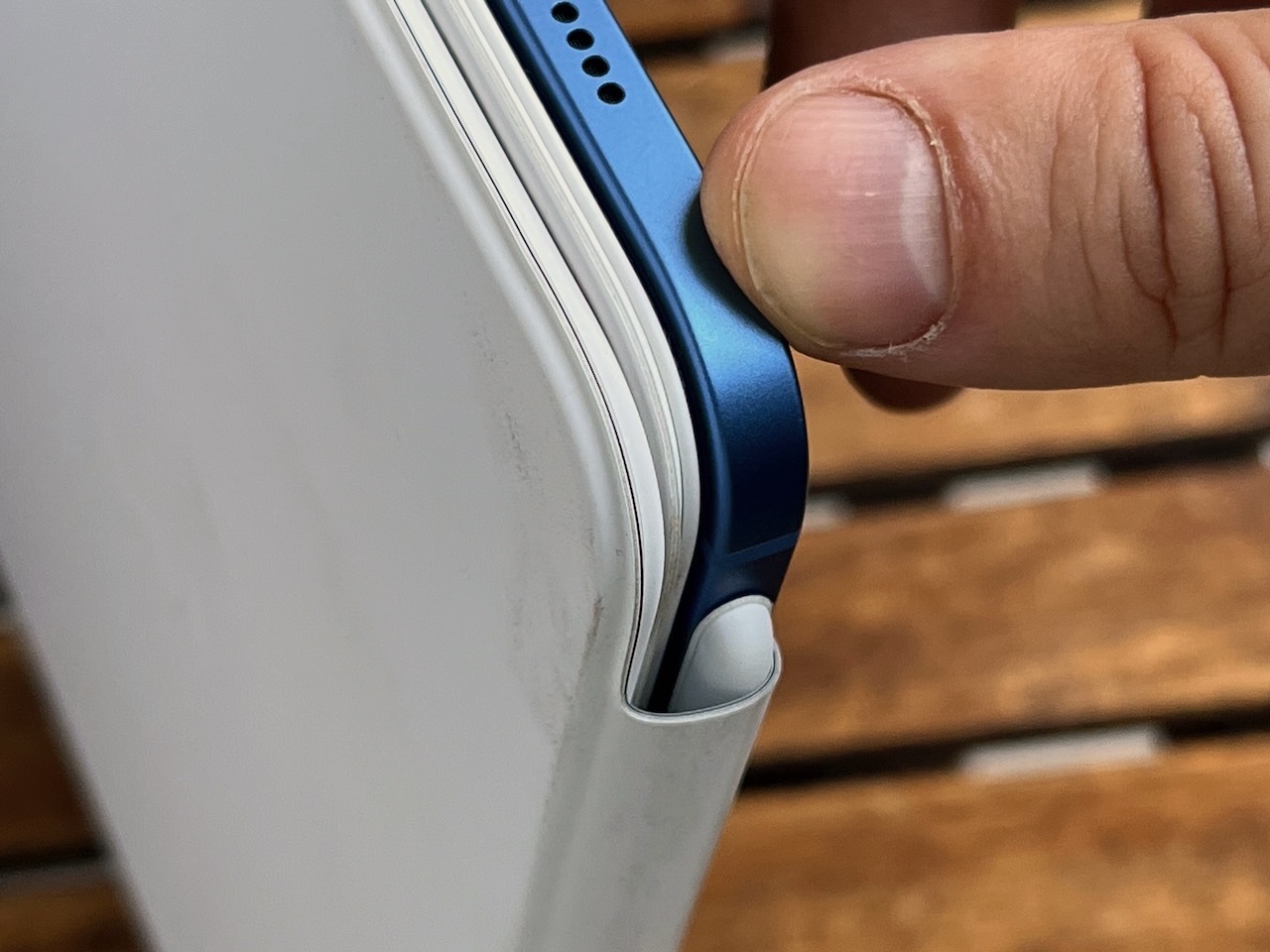 Of course, the time we have so far, even if it is of high quality, has allowed us to understand the performance of this new iPad X Gen only to a certain extent. We’ve worked, we’ve played, we’ve downloaded and reloaded it several times. We also tested different functions and switches. The screen has good quality even if it’s not stratospheric (we would have preferred higher brightness and better anti-reflective) but the overall performance is exceptional, thinking this would be Apple’s cheapest tablet if not Apple’s iPad in the ninth generation.

Moreover, with this latest release, Apple has closed its personal tablet transition to a USB-C connection. It’s an important detail because iPads typically have a very long lifespan and thinking about being able to move permanently to USB-C by ditching the Lightning jack should be a priority for those who buy one. In fact, if, as it seems, Apple is going to introduce iPhones and accessories with a USB-C socket next year, that transition might be just around the corner, and it would be a shame to remain tied to the old socket just because the iPad “lasts” longer.

The new 2022 iPads can also be ordered from Amazon in two RAM configurations, in five colors with Wi-Fi only radio and also cellular. Below are the splash pages from which color variants can be selected.