Induction Charger – How does it work? 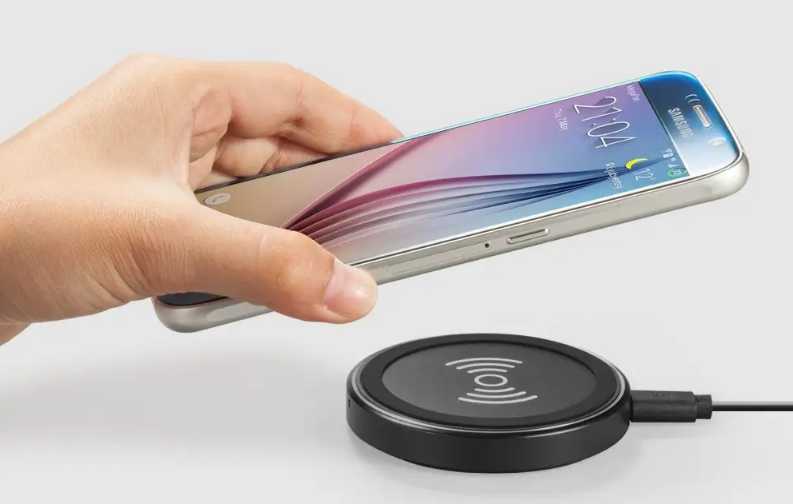 When smartphones weren’t as ubiquitous as they are today, people relied on clunky phones that only had two vital components – the dialer and the handset. In those days, people probably didn’t have the idea of ​​a portable phone that could be tucked around their pockets.

Fast forward to today, it’s a tough job to find someone who doesn’t carry a phone everywhere they go. However, a very common issue with smartphones is battery drain – their tendency to discharge their stored energy quickly.

While phones being recharged via wired adapters is still the most commonly seen method, wireless charging has ushered in a new era of wirelessly recharging phone batteries.

In this article, we are going to see how wireless charging works and if it is safe.

How does the induction charger work?

How does wireless charging work?

Induction chargers consist of two primary induction coils. One is housed in the “charging base” and is responsible for generating an alternating current (AC) from within the base.

The other is on the handheld device in need of a charge (like a smartphone, tablet, etc.). The coil can be in the form of a pad that fits on your phone, a circuit built into your phone, or a replacement battery cover with a built-in charging coil that plugs into the charging socket. Together, these two coils make up an electrical transformer.

When the power supply for the charging base/board is turned on, AC flows through it and creates an electromagnetic field (a changing magnetic field) around the primary coil. When the secondary coil (the receiver coil, which is housed in the smartphone) comes in close proximity to the first, an electrical current is generated inside the coil.

The AC flowing through the coil in the smartphone is converted to DC (direct current) by the receiver circuit. The CC generated in this way could be used to charge the smartphone battery.

Advantages and disadvantages of wireless charging

One of the biggest advantages of inductive charging is that it’s wireless, so you don’t have to deal with all the tangled cables. In addition, your connections are all closed and therefore protected, so you carry a much lower risk of electrical failures.

There are a few reasons behind this. The biggest disadvantage of inductive charging is its low efficiency, as a large amount of energy is lost as heat. As a result, your device takes much longer than usual to charge. Also, it is more expensive than regular chargers.

Some people find it a little inconvenient too, as you need to keep your device on the charger the entire time it’s charging. So, you don’t have the luxury to use it while being charged. However, that is changing with some more modern chargers, which allow you to step away from the charging cradle.

We tend to be afraid of anything that gives off “waves” and “signals” and invariably assume they must be harmful to us in some way (like a microwave oven, WiFi router, and even smartphones). However, like most things listed here, inductive chargers are absolutely safe.

The electromagnetic field that an inductive charger creates is not strong enough to cause any harm to humans. In fact, these chargers can even be safer than regular ones, meaning you’re protected from even the slightest chance of sustaining an electric shock.

From 2023, Computer Manufacturers will have to install fast SSDs instead of slow HDDs

Watch it stream for free, even outside

Two electric scooters on offer: discounts up to 66%