Although Deus Ex Go dates back to 2016 and inevitably feels the passage of time, it’s still considered one of the best titles in the saga today: unfortunately, those who bought it early won’t be able to access and play because of it. Embracer, the company that now owns the rights, has announced that Deus Ex Go and other games published by then-Square Enix Montreal studio, will be removed from the App Store and Google Play Store on December 1st.

The announcement comes from the account of Onoma, the new and final name of the Montreal (formerly Square Enix) studio that has been permanently closed because Embracer will now focus on video games for consoles and PC. Along with Deus Ex Go, Arena Battle Champions, Hitman Sniper: The Shadows and Space Invaders: Hidden Heroes will also be closed.

Normally when an app is removed from the App Store, users who previously purchased it can continue to use it, as well as download it from the cloud to their terminal to restore or install on a new device. Unfortunately, this will not be possible with Deus Ex Go and the other titles included inAdvertisingIn fact, Embracer reports that it will be removed from the App Store and Google Play Store on December 1, while as of January 4, 2023 it will no longer be accessible. 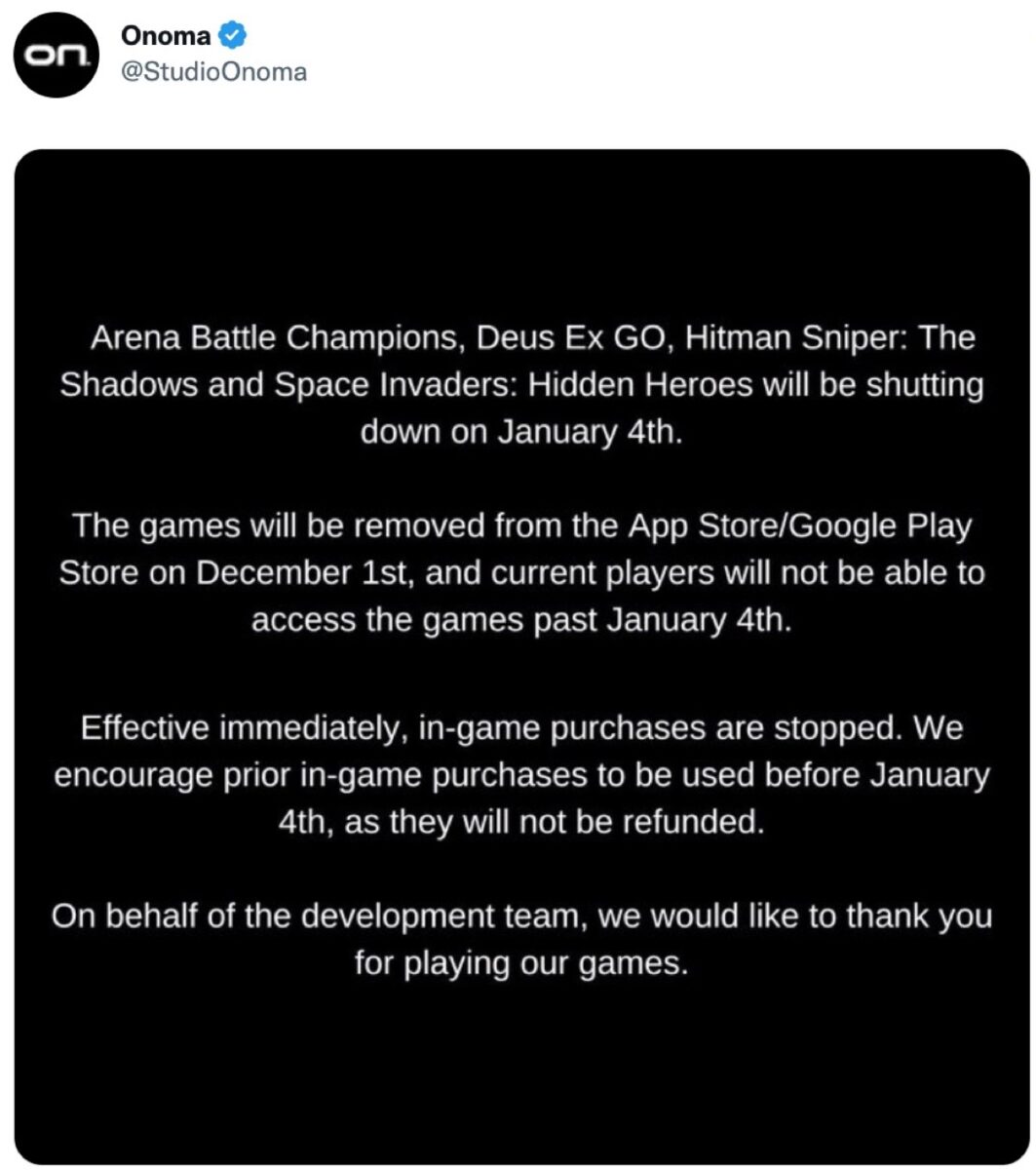 However, there is a positive development for fans: Eidos, which is owned by Embracer, is already working on a new chapter of Deus Ex, but we need to be patient.

Embracer is a huge publishing group that has recently completed major acquisitions such as those of Tomb Raider, Deus Ex and Thief including the rights to The Hobbit and The Lord of the Rings. In 2021 Embracer also acquired Aspyr, which specializes in video games and Mac conversions: the Swedish group now operates more than 100 studios including Borderlands Studio (Gearbox), Saber Interactive and THQ Nordic.

To better follow the extended Black Friday week (but the advice is useful for all initiatives that will follow), you can:

For Elon Musk, Tesla may soon be worth more than Apple